Can The 'Internet of Things' Be More Than Just A Smart Fridge? 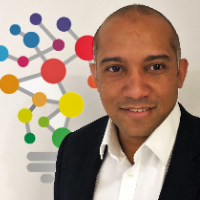 The Internet of Things (IoT) is one of those emerging technologies that can be hard to define. At first glance there doesn’t appear to be very many advantages to connecting every single electronic device to the Internet. The classic example used to describe this process is the ‘connected fridge’ that will change your life by advising when you need more milk. If there was ever a solution looking for a problem then the connected fridge is one. Why not just open the door?

I prefer to think about the real possibilities of the IoT in three distinct ways:

1.     Devices Can Fix Themselves; if your car is running low on oil it will flash a light, or message, on the dashboard. There isn’t much you can do, except adding some oil or asking a mechanic to take a look. If your car is IoT-enabled and the various engine systems can connect to the Internet and communicate with the manufacturer then while it is parked in the garage at night it can run diagnostic tests and find the source of the problem. In some cases a car may be able to diagnose and fix an issue without the owner ever being aware that something happened.

2.     Patterns Emerge From Data; we can only study data if it can be captured. If it can be captured easily, without effort through IoT systems then this can create enormous data-sets that can be studied to find behavioural patterns. Imagine if every house in the country had smart energy meters, light bulbs, and motion sensors. I’m sure some Big Data analysts could start finding patterns in energy use that could feed into government policy, architectural design, and could not only save energy, but could directly influence how people behave.

3.     Unobtrusive monitoring; imagine if your elderly parents could stay living at home long after it might have been more usual to send them to a care home for 24-hour monitoring because the medical team can monitor them AND the home. With devices in the home connected to the Internet and IoT health monitors, it’s possible for a scenario such as this where a medical team can check on the medical condition of the residents, in addition to checking that other factors, such as temperature, are within safe boundaries.

Vodafone has been running an innovative experiment with Great Ormond Street Children’s Hospital in London where specialists can view all vital sign information from sick children in transit to the hospital. This allows the medical team to prepare for the child’s arrival, knowing exactly the condition they will be in on arrival. Jon Lee-Davey, Healthcare Internet of Things Lead, at Vodafone explained to Forbes magazine: “The exciting thing about IoT is that the technology is already here – the question is, how best to use it. The key to making the most of this investment is not only to integrate the technology at scale but also to understand how to deliver the best outcomes to patients.”

I agree strongly with John. The IoT is already here. Millions of homes have systems such as the Amazon Echo or Google Home. It’s not a question of waiting for this technology to emerge – it is already with us. The question now should be are we going to think about how IoT connectivity can really change lives (and the customer experience) or are we going to just design more fridges that speak? I know how I would answer that question. A smarter NHS is just the beginning on this IoT journey.